Where the name of the tavern came from?

In 1976 Ante Jović, Goran’s father wrote his finals paper on Geographic Image of Trpanj. Among many other things, he recorded and explained the reefs in the Port. A very important work, not too many people in Trpanj can name the reefs, even the oldest ones. Here are the names: 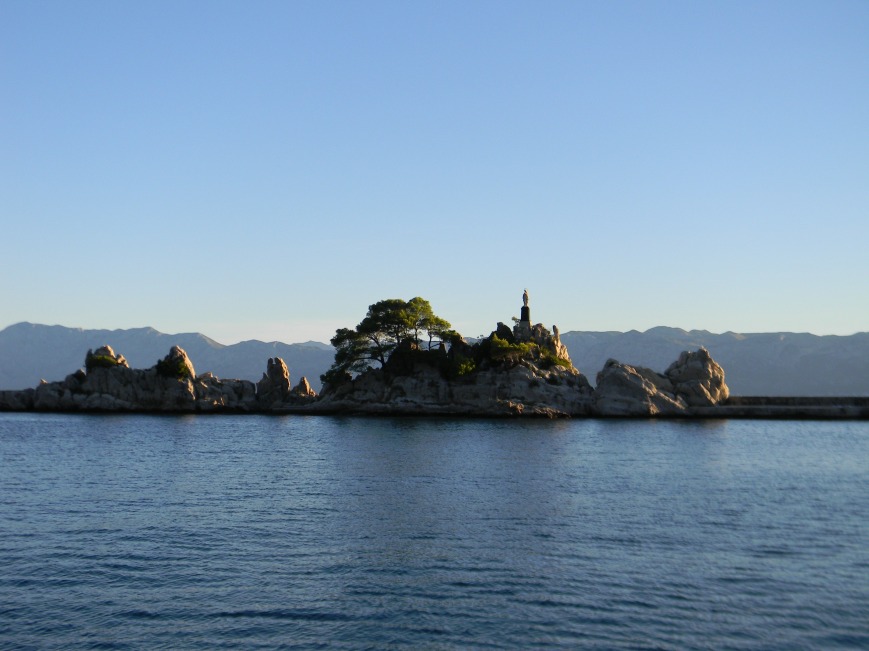 “Mali Škojić, Ždrilo, Plitački Škoj, Veliki Škoj and Sestrice were the foundation to build Northern breakwater wall. Today Sestrice are no longer visible, because the latter are built breakwater walls that go from the Veliki Škoj to the lighthouse. Leaving the passage between Ždrila and land was ingenious move of the architect Mr. Wilfan. It is allowing the passage of small boats in the harbor and tidal circulation through two streams. Incorporated all of these natural elements in the construction of ports Trpanj give her outstanding aesthetic value. ”

Where the idea of the tavern came from?!

Ante was a gourmand and a good angler, one of the better, as I was told by one other anglers in Trpanj (they are stingy with words specifically praises).

The rest is easy to put together!

Goran’s father Ante founded tavern. By manners of successful businessperson and how to make better Ante built the tavern in his old stone house, adding a new wing and the original appearance.

Alavia, would say people of Trpanj – a tavern the way as it should be. Goran, with the great host manners will greet you and recommend daily specials and other dishes – trust me you will eat better than at home. The tavern is now a family business with a long tradition and is one of the most recognizable in Croatian cuisine. Many years of work and improvement in the offer based on the requirements of the thousands of guests who return year after year, are the best proof that you will get exactly what you were looking for.

This site uses Akismet to reduce spam. Learn how your comment data is processed.